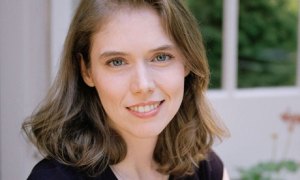 Madeline Miller has been declared 2012 Orange Prize winner for her debut novel, The Song of Achilles, a retelling of the story of Achilles and the battle of Troy. Miller is the fourth consecutive American writer to win the prize, and will be the last to win it in its present name, the Orange Prize, as Orange will no longer be sponsoring the prize.

In one of the biggest upsets in literary prize history, the mobile services company, Orange, recently announced that it will not be renewing its sponsorship of the prize for women’s fiction that has borne its name since the award’s inception 17 years ago.

The prize, which was set up to “celebrate excellence, originality and accessibility in women’s writing from around the world”, is given annually to the best book by a woman written in English. Winners, who in the past have included Marilynne Robinson, Chimamanda Ngozi…

Africa's most influential literary blogger
View all posts by akinbowale »

Posted on May 31, 2012, in Uncategorized. Bookmark the permalink. Leave a comment.

Projecting the future ones.

IFEDOLAPO A.
Life of Dammy

Marketing With A Story

Love, life and literature - all the way

Life Out of the Box
Campus Times

A repository of my thoughts

Motherhood. Mental Health. Moments & Memories we have in common.

This blog has been moved to www.olajide.tv

One day an idea will come… Write it!